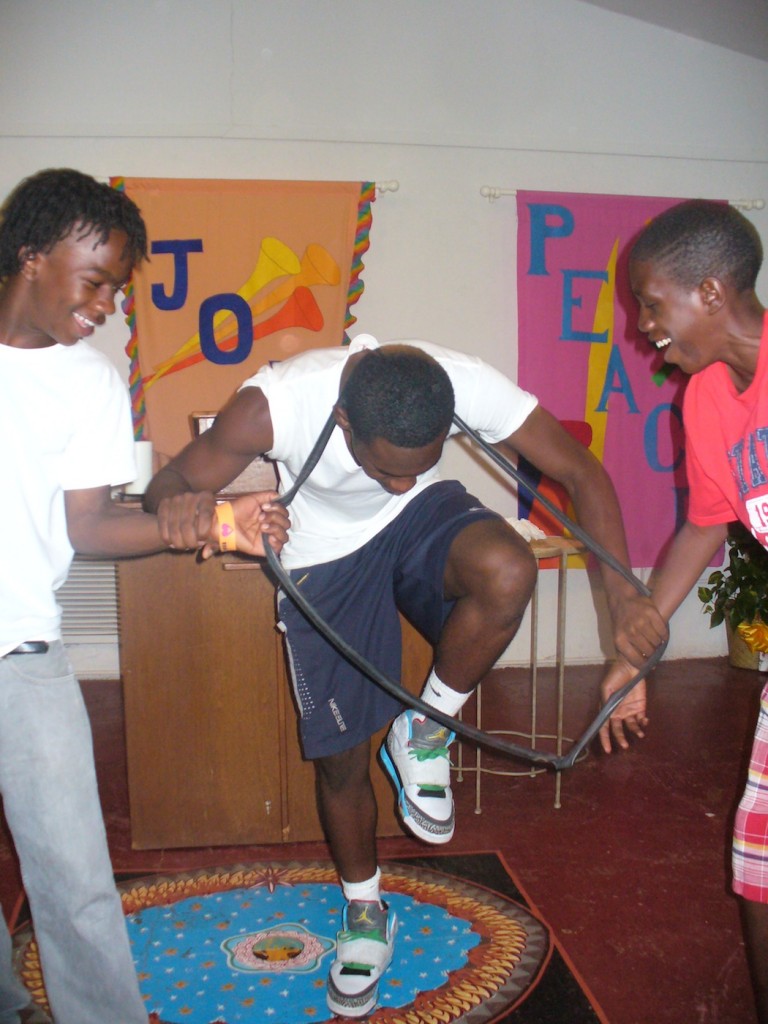 What a full day! We focused on the freedom of thought, conscience, and religion. Advisory board member Jeremy Foreman joined us in the morning and led a workshop on Kingian Nonviolence. Campers revisited the different types of conflict throughout the day and deepened their understanding of the concepts through historical examples and team building exercises. After another great meal with the Koinonia Farm community, we took a field trip to Andersonville National Historic Site where we got a sense of the cost of war and talked about how people make choices to build peace even during war time.

Later in the day John Adams paid us a visit from Atlanta to tell us about his personal journey to becoming a conscientious objector. The campers heard from many voices and perspectives today as they thought about how to make tough choices using their freedom of conscience. When we asked the campers during closing circle to name some adjectives that describe the peacebuilders we’ve talked about so far during camp, they said: crazy, sane, daring, courageous.

Sarah, Quinton, and Michelle did some devious planning and wrapped the evening’s activities up with some water ballooning in the yard. After that the boys and girls crossed lines of difference and finally all joined together on the basketball court. 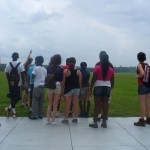 Campers considered what it was like for 33,000 prisoners of war to live together at one time on the field in front of them during the Civil War. 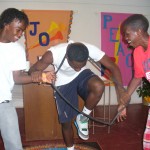 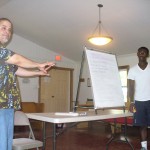 Our guest John Adams (a conscientious objector) and camper Marquise 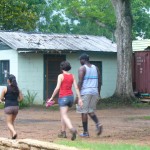 Our Counselors & CIT on campus at Koinonia Farm 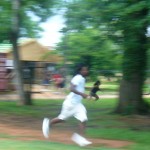 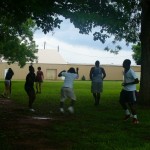 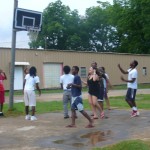