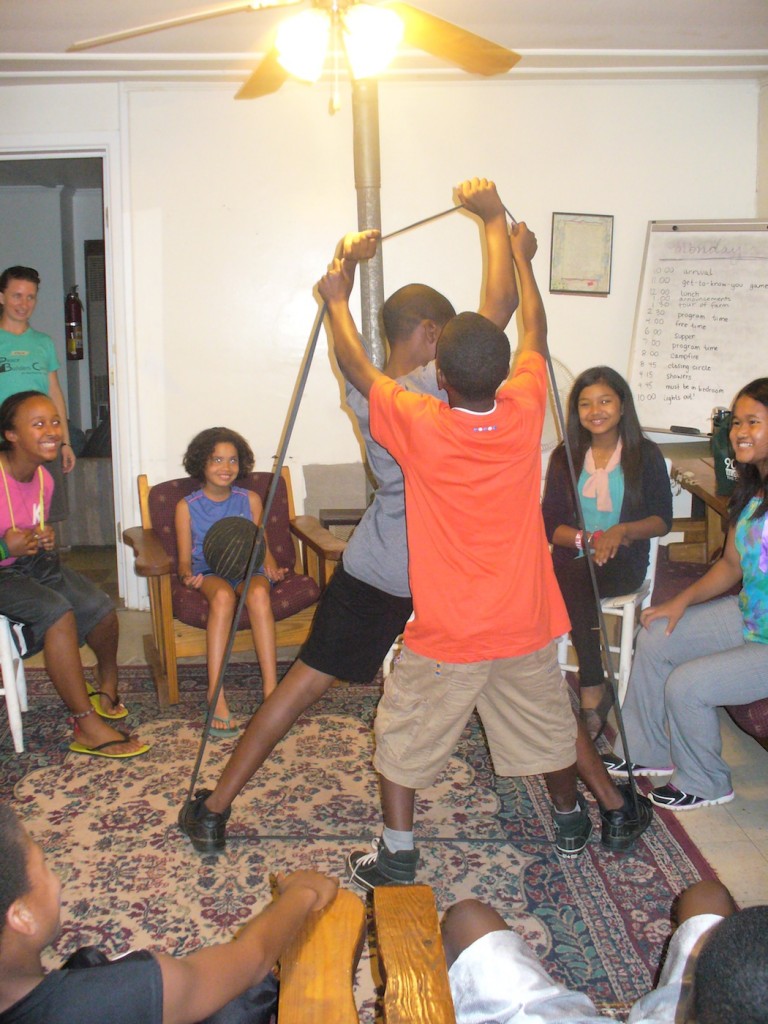 I’m sitting in the kitchen eating blueberries, feeling the breeze from the window (have I mentioned we don’t have A/C?), listening to the crickets and frogs, and enjoying the sweet silence of campers who have finally gone to sleep. The counseling staff today started out tired from such a sleep deficit, but by the end of the day we could hardly contain our excitement about the new campers. This is such an inspiring group.

We ran the same first day schedule as last week– get to know you games, lunch, a tour of the farm, introduction to the UN Declaration of Human Rights (UDHR), free time, supper, civil rights stories… But it’s amazing how different a day can feel with a different group of campers. The younger ages make a big difference, but there’s also just the difference of group dynamic with unique individuals. For example, this week’s group of 12 campers approached our team building games with totally different strategies than last week’s. And after feeling tired from the rushed prep work, it was such a treat to see campers jumping to answer questions, read about peacebuilders, and help out with chores. We are in for a fun ride this week.

Just like last week, we read a story about black and white friends during the civil rights movement who get to eat at the lunch counter together for the first time and enjoy a banana split. We talked about how much progress we still need to make in the world but how important it is to celebrate how far we’ve already come. This week’s celebratory banana splits were eaten indoors instead of around the campfire due to rain, but we rolled with it and enjoyed some ice cream before our first closing circle.

To round out this post, I’m gonna have to take a cue from Overheard in New York cause y’all just have to hear some of this:

Camper: Who would you rather marry? Johnny Appleseed or Hercules?
(overheard on the van)

Camper: I’ve never seen a boy wash dishes before.
(We have chore crews throughout the week with 2-3 campers on each crew, and this was overheard when a female camper came to join her crew for after supper cleanup. She was serious.) 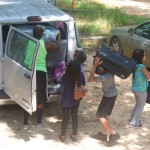 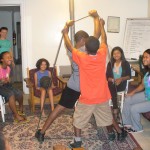 Playing team-building games – How to get everyone through the hoop? 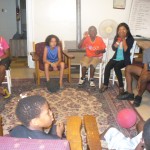 Campers begin to get to know each other at Opening Circle 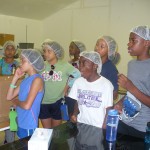 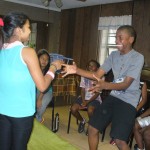 Team-building games – who can remember and yell out the other camper’s name first when the curtain drops? 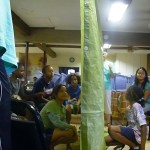 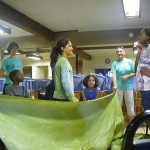 Remembering each other’s names when playing “Curtain Drop” is not easy! 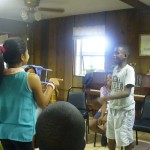 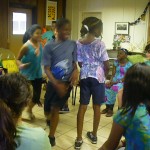 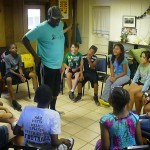 Counselor Quinton is stuck in the middle during “Big Wind Blows” 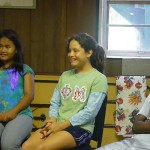 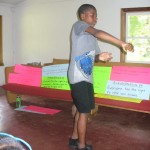 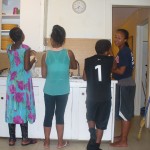 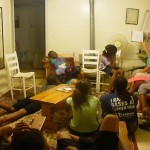 Learning about the civil rights movement since today’s focus was equality. 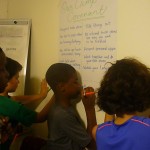 Signing the Camp Covenant that the campers wrote and agreed to. 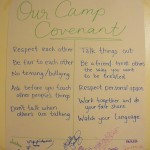 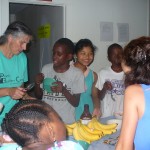