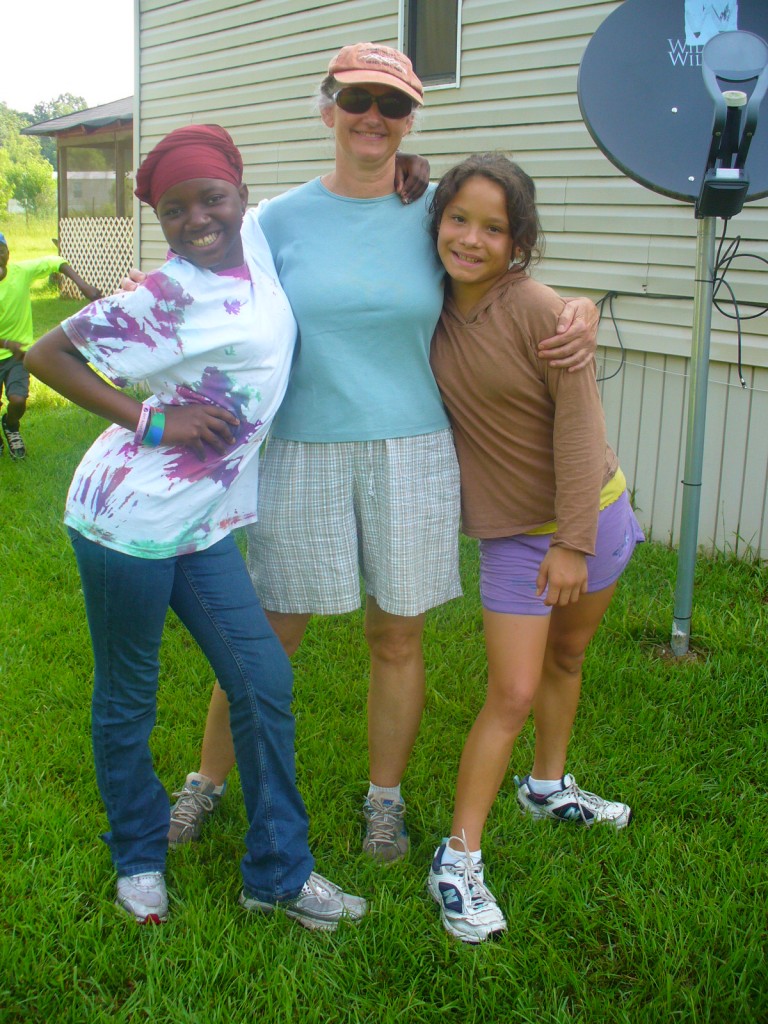 Today was a long day and late night. On our last full day at camp, we looked at the same “right to an adequate standard of living” that framed our health care discussion yesterday but shifted our focus to talking about the importance of decent housing. We began the day with a service project with the Fuller Center for Housing. Campers used their teamwork skills to do some much needed repairs on a local neighbor’s house.

After the morning of work, it seemed we had finally found something that wore the campers out. But everyone rebounded quickly when we were treated to a delicious lunch by a supportive local peace church, Americus Mennonite Fellowship. We ate and relaxed for a little while before jumping into our afternoon activity – exploring international peacebuilding. We talked about how the peacebuilders we discussed all week do very different types of work because they all have different gifts and talents. We had two visitors help us learn more about healthcare and housing. Becky Acton spoke about her housing work around the world with Habitat for Humanity, and Muireann Brennan talked about her global travels doing vaccination campaigns and other health care work with the Centers for Disease Control.

We talked about how some people build peace through justice by being fair with their friends and family, by making their schools or neighborhoods or cities more fair, or by making things more fair at the state or national level. And when a certain kind of injustice is happening at a big, big level, some people work to building justice between groups or countries. Several campers talked about wanting to travel to work on different issues someday. Campers each had a chance to look through a handful of expired passports labelled with the occupation of the peacebuilder who had used the passport. They flipped through the stamps and located the different countries that person had visited on a map. Do y’all know how hard it is to find Tahiti on a world map?

In the afternoon we went to Habitat for Humanity in Americus to visit the Global Village, which is (as always) an amazing learning opportunity for campers and adults alike. We had an orientation to learn about housing issues in both the US and other countries, and campers received their own (pretend) passport to carry with them and stamp as they traveled around the world at the Global Village. After walking through a replica of the poverty housing that Habitat is trying to replace, we visited houses from different countries that were built using methods that reflect the cultural norms and physical environment of those places. Afterward we reflected together about what we could tell from the different houses about the countries where they’re built and what we found interesting. Campers swapped their knowledge of different countries, then we hustled back to the farm to beat an impending thunderstorm and enjoy some indoor free time.

In the evening, energy was high as we shifted our focus to another human right from the UDHR— the right to participate in culture and the arts. Art as an Agent for Change led us in an interactive workshop about peacebuilding through the arts. Campers flexed their theatre muscles, heard spoken word, shared their own poetry, created visual art, and played all kinds of games expressing through the arts what they’d learned about peace and justice this week. After the workshop and all the rain, we began a quest to build a campfire, even though our wood was soaked. With help from Koinonia, we managed to squeak out a small fire…because camp isn’t camp without a campfire (especially for the campers who had never had s’mores before!) 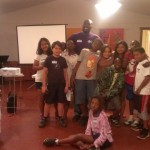 Campers with Paul Ayo from Art as an Agent for Change 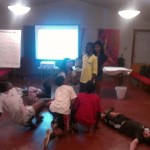 Drama came easily to these campers 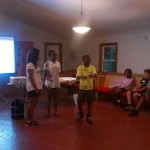 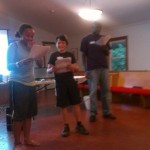 The king and queen act out their parts in the skit 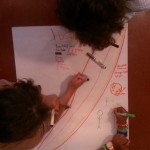 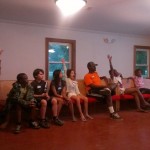 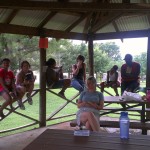 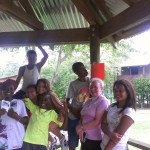 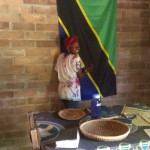 Camper Halima loved checking out the house from Tanzania, where she used to live 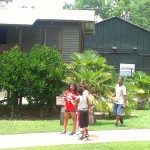 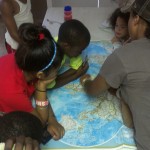 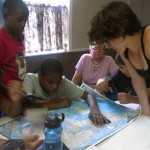 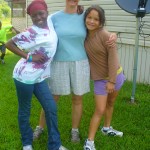 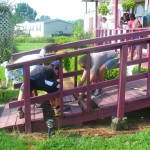 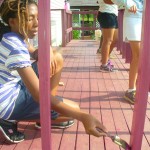 Painting the porch at our Fuller Center service project 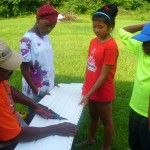 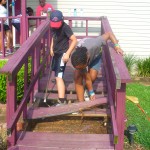 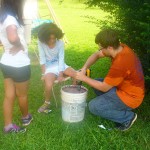