The 13-14 year olds have arrived, and our second session of campers is meshing well. We’ve got some very knowledgeable campers, some great athletes, and wonderful personalities. Today we enjoyed getting to know each other as well as Koinonia Farm and getting an introduction to the human rights we’ll be talking about this week.

Our traditional hayride and campfire were cancelled (or perhaps only postponed til another night), but we had our own indoor entertainment instead. We got the help of volunteers from Koinonia to act out a story book, White Flour by David LaMotte. The book is based on a true story in which a group called the Coup Clutz Clowns use humor to diffuse a white supremacist demonstration by responding to “white power!” chants with white flowers, white flour, tight showers, etc. In lieu of the campfire afterward, we had a cozy movie night watching The Great Debaters, a movie set in 1935 following the story of a debate team at a black college and the racial issues of the time. Our focus for the day was the article from the Universal Declaration of Human Rights which states that “all are equal before the law.”

Get to know this week’s campers by checking out their answers to the questions below from the registration forms they filled out prior to coming to camp.

How would you define a human right? Can you name any human rights off the top of your head?

What is one way you’d like to see the world change?

Some photos from the first day of camp are below: 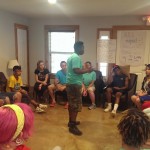 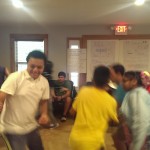 Everyone has to change seats in “Big Wind Blows” 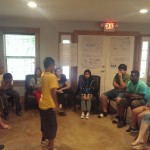 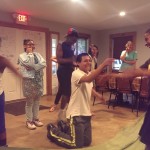 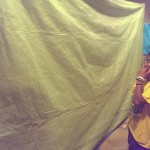 Can you remember the name of the person on the other side when the curtain drops? 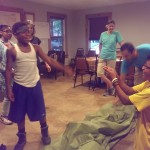 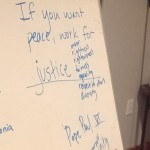 Brainstorming about peace and justice 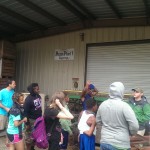 On a tour of Koinonia Farm 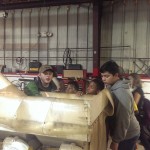 Learning about pecan sorting at shelling at Koinonia Farm 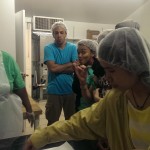 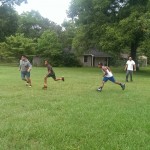 The soccer games started early this week – rain or shine! 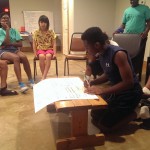 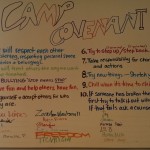