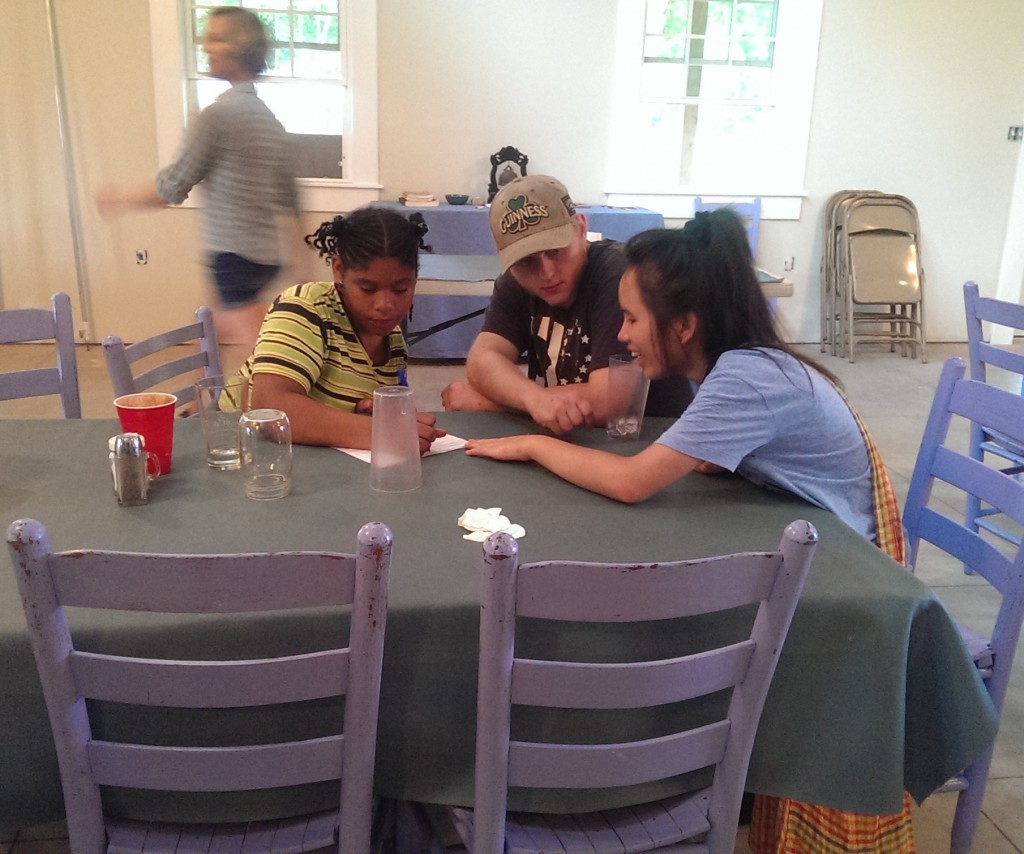 Discussing issues of morality and conscience after dinner

On the first day of camp during one of our get-to-know-you games, one camper voiced approval for the death penalty and made some comments about how people who kill somebody should get killed for it. It was a typical camp moment with voices of various perspectives shouting out.

Yesterday was the day we were focused on “the freedom of thought, conscience, and religion,” and we did an activity that asked participants to think about where they stand on various moral dilemmas. We drew an imaginary line across the room. On one wall was taped the word “OK,” and on the opposite wall was taped the word “Not OK.” I called out various actions and asked campers to situate themselves along the line based on whether they thought the action–lying, cheating, stealing, killing, eating meat, using drugs, breaking the law, etc.–was OK or not OK. After discussing some people’s logic for the choice, we’d complicate the action to see if context could change where your conscience might stand on an issue. For example, instead of lying we’d add “telling your child Santa Claus is real” or “telling the Nazis you’re not hiding Jews in your house.” When we got to talking about killing, the same camper who on Monday had so vocally approved the death penalty was on the far side of the “Not OK” wall explaining how he had changed his mind about the issue over the course of the week.

This is what we had in mind in the Peacebuilders Camp mission statement when we emphasized how transformative the camp experience is. Campers often transform from fearful to confident over the course of the week as they gain trust in the group and in their own ability to try new things. But Peacebuilders is transformative in a bigger way. It’s moving to see campers’ hearts and minds changing on particular issues at such a vital transitional age. And it’s mind-boggling to imagine the influence these campers can have on their friends and families when they’re getting fired up while still in middle school.

Change in society is slow. We have to change cultural norms and understandings–and to do that the next generation must not accept the norms of the current generation. I believe graduates of Peacebuilders Camp are well-equipped to influence their peers and to be a part of changing this generation’s norms. The conversations happening in the living room of our camp house can change the world. This age group can handle these deep conversations and should be challenged with them more often. Small moments like today’s remind me that the work of this 4-year-old camp is vital because its ripple effect will be wide reaching, and I’m hopeful we will be able to continue this experiment in future summers.

Below are photos from the day at camp: 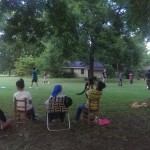 Sitting in the shade watching the soccer games 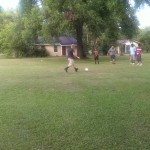 Soccer games with Koinonians were a hit this week! 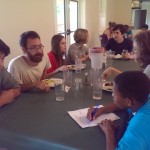 Over dinner, campers and Koinonians discussed how difficult it is to live a life of conscience 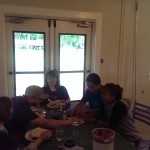 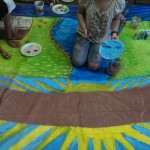 Working on our collaborative art project 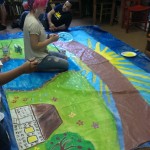 Our mural is really coming along! 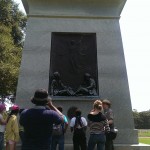 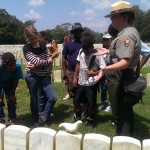 The ranger explains why this grave has a bird on it 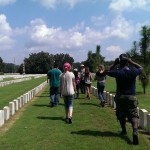 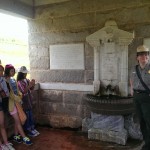 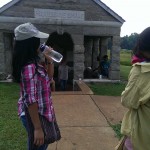 In the south Georgia heat, water was VERY important to the prisoners at Andersonville – and to our campers! 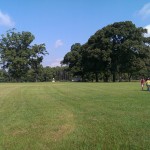 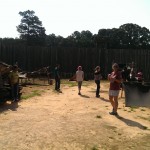 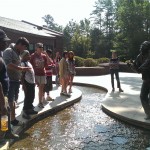 A sculpture at Andersonville depicting a prisoner of war 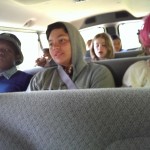 In the van on the way to Andersonville Historic Site 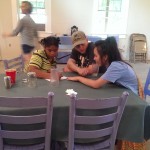 Discussing issues of morality and conscience after dinner