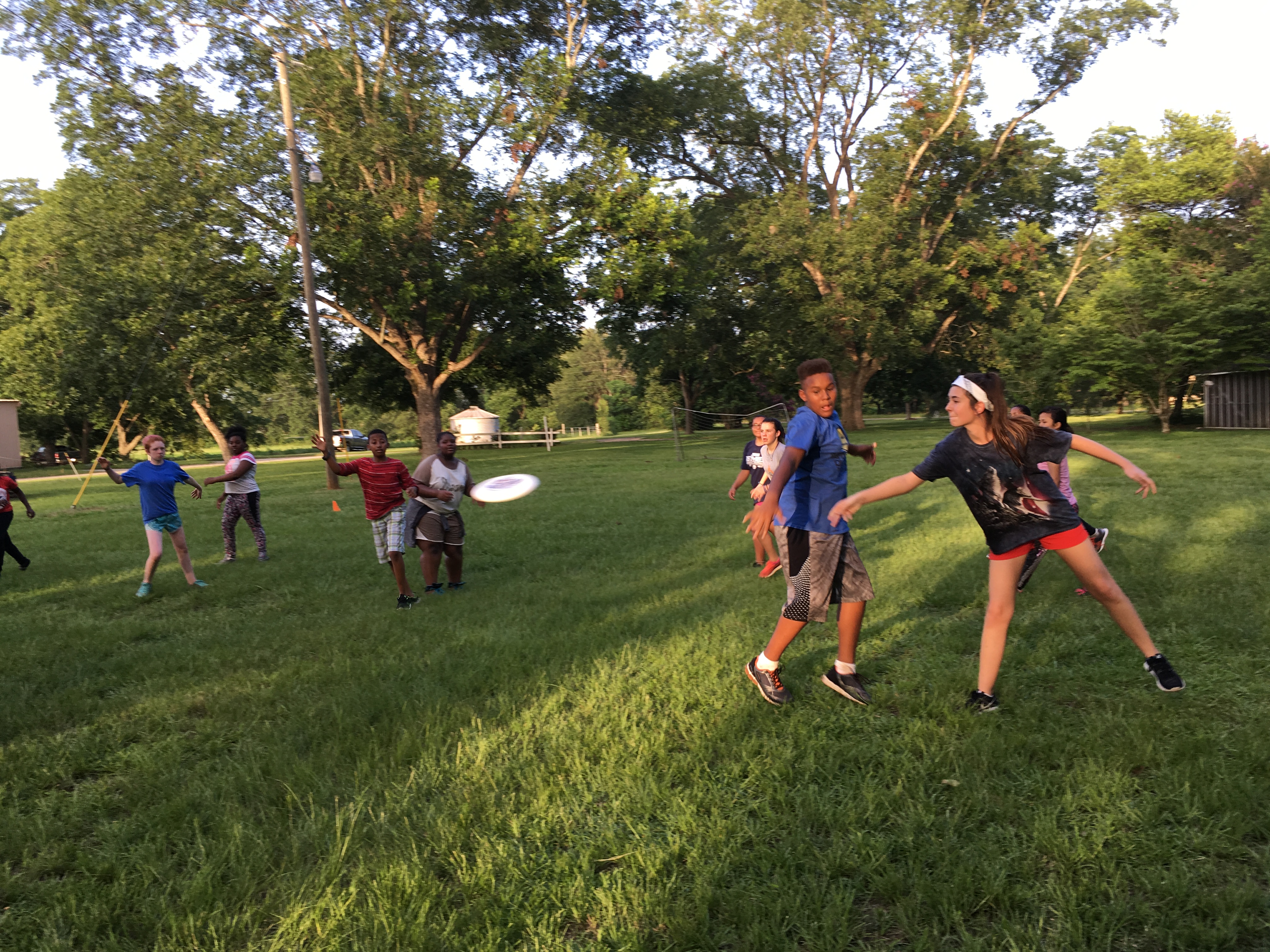 This year is the first that Peacebuilders Camp has included a session over July 4th, so we took it as an opportunity to try out some new programing on a right that we’ve never covered before: Article 15 of the Universal Declaration of Human Rights, the right to a nationality. Like every right we discuss, we explore why it’s important enough to be included in the UDHR, and then consider who is at risk of being left out of that right. These questions were a stretch for our 11- and 12-year old campers, but by the end of the day, they had gained a lot of knowledge and awareness of history, current events, and world issues.

In the morning, counselor Edgar, a “DACA-mented” immigrant shared his family’s immigration story and the challenges that he has faced growing up without a clear nationality. One of our campers shared her own family’s struggles with similar issues. For campers who have never thought about one of their peers being affected by the current immigration debate, this discussion was eye-opening. U.S. born, immigrant, and refugee campers alike considered questions like, “Is your nationality the same as your parents’?” and “When someone moves to the United States, should they be expected to adopt U.S. culture?” We also played a Jeopardy-style game with questions about different nationalities, and some questions from the U.S. citizenship exam. If you’re wondering if you’re smarter than a Peacebuilders Camper, try out some of these questions:

In the afternoon, we broke into six cooking groups to prepare dishes for our international dinner. Working with staff, the groups prepared foods from Congo, China, Spain, Uruguay, Croatia, and Israel/Palestine. Besides making the foods, campers made replicas of each country’s flag, researched interesting facts about the country, and decorated tablecloths featuring these facts and symbols. Koinonia community members joined in with dishes from Ireland and Morocco, and we all feasted our way from country to country.

After dinner, our guest Miranda Knowles shared with campers and Koinonia members as well about the organization Ultimate Peace. (Many thanks as well to Miranda’s husband Matthew, who led the Croatia cooking group!)

Miranda explained in simple terms the roots of the conflict in Israel/Palestine, and how the Palestinians are one group who may not feel that they enjoy their right to a nationality. Ultimate Peace’s goal is to bring Israelis and Palestinians together through sport so that they can practice working together instead of at odds with one another. And the sport that is so well-suited to this purpose, Miranda explained, is ultimate Frisbee. So, naturally, we soon found ourselves out on the soccer field throwing Frisbees and learning the rules of ultimate.  Campers, staff, and friends joined together for a spirited game, and it was easy to see how this activity could indeed be a tool for peacebuilding.

Fireworks with the Koinonia community rounded out our very full, very first Peacebuilders Camp Independence Day. Important issues were discussed, delicious foods were prepared and enjoyed, and new friendships were deepened. Sounds like a day worth repeating!

The freedom of conscience is central to peacebuilding

Your right to a fair trial is essential because…