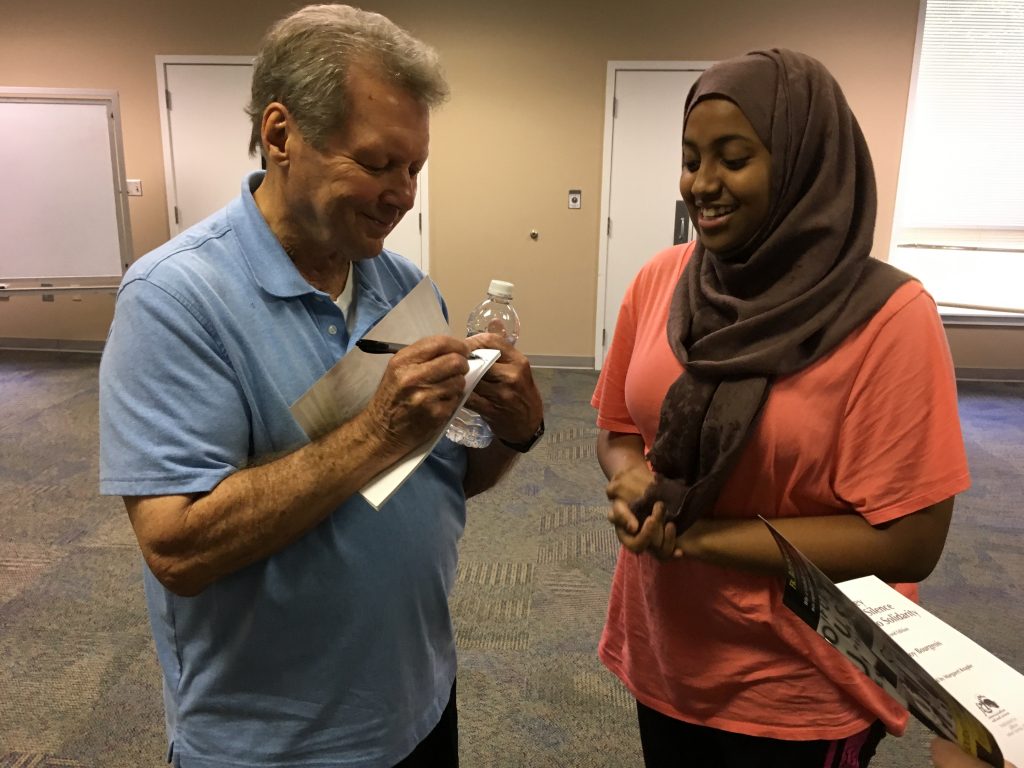 One of the most meaningful ideas our campers learn about at camp is the right to freedom of conscience. At the age of 13 and 14, they are very focused on developing their sense of conscience and defining what they believe. So this is a perfect age to introduce our campers to adults who have lived a life of conscience.

Today our campers visited with Fr. Roy Bourgeois, the founder of the human rights movement, School of the Americas Watch. He told stories of his stand against the military tactics taught at the School of the Americas (now called WHINSEC) at Fort Benning and his defrocking by the Catholic Church for taking a stand for the ordination of women. And tonight campers will interview members of the Koinonia community to learn about ways their conscience and religion have led them to live a counter-cultural life. 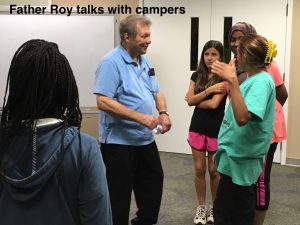 It takes a lot of courage to stand up for your conscience. As our campers explore that type of bravery, they also summon their courage for a whitewater rafting adventure on the Chattahoochee River in downtown Columbus, Georgia! (Combining fun, adventure, learning, and activism is what Peacebuilders Camp is all about.)

What has your conscience asked of you? What courage has been required?

Here are some ways you can stand for freedom of thought, conscience, and religion and help others access their right:

Right to a fair trial, part 2