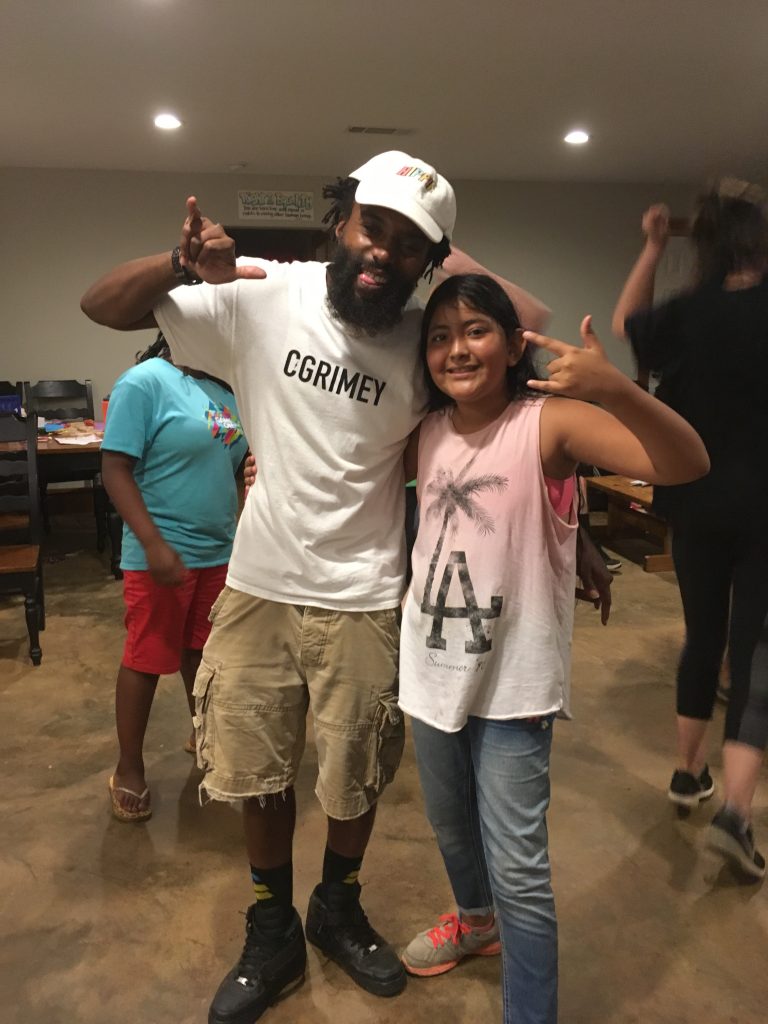 Peacebuilders Camp welcomed a hip hop star to camp on Friday! C-Grimey (aka Cameron Williams) from Chattanooga joined us for a day centered around the celebration of the right to expression. The Universal Declaration of Human Rights declares that all people have the right to freedom of opinion and expression.

But as Cameron explained to us, in the mid-1970s, the budget for arts in New York City schools was virtually eliminated. Without options for artistic expression in their schools, students the same age as our campers started creating collaborative art in public places. Hip hop grew out of this youth movement. Cameron led us through a history of hip hop and campers were eager to chime in with their own knowledge, especially fitting their own favorite artists into the history Cameron presented. 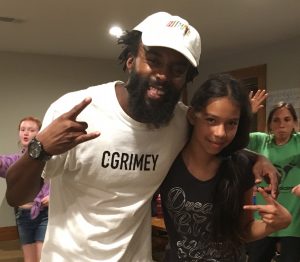 Campers then got to work directly with Cameron in a workshop where they were encouraged to write lyrics, perform their own or others’ compositions, and to dance. A concurrent “How to Draw Comics” workshop also encouraged campers to exercise their right to expression.

By Friday, campers have made friends and defined themselves in the camp community. But music, dance, and art can allow them to redefine themselves and to step into new roles. Some of the quieter campers eagerly took leadership and even performed their work before their peers. Erica, Litzy, and Alicia were three campers who were particularly drawn to the content of Cameron’s workshop. 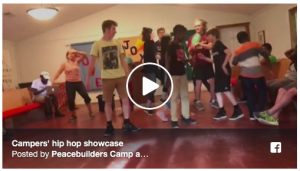 Camper Alicia performs while her peers and counselors dance

Erica is one of our quietest campers – but she did a great job with writing and performing. Litzy was an especially eager participant in the workshop, composing and performing in both English and Spanish. And Alicia also performed in our showcase on Friday night – rapping solo while her peers danced! (click the video to right)

And we got a personal concert from C-Grimey, as he performed one of his own compositions, “A Glimmer of Hope,” with campers as his back-up dancers. (click the video below to view some of his performance)

C-Grimey performs “A Glimmer of Hope” at Peacebuilders Camp

We are so thankful and inspired to have someone like Cameron Williams at camp, guiding us to use hip hop as a vehicle of self expression and social justice!