Article 18:  “Everyone has the right to freedom of thought, conscience and religion; this right includes freedom to change his religion or belief, and freedom, either alone or in community with others and in public or private, to manifest his religion or belief in teaching, practice, worship and observance.” [from Universal Declaration of Human Rights]

The campers were very interested in the concept of “conscience.” What is your conscience? How do you listen to it? How do you know what is right and wrong? Counselor Jonah told stories of peacemakers Rachel Corrie, Mahatma Gandhi, and Deitrich Bonhoeffer and the group discussed ways to follow one’s conscience. Then, we Skyped with John Adams, a man who grew up in a military family and served many years in the armed forces before finding that his conscience told him not to participate in war. John told the campers his story of fighting for his right to leave the military as a conscientious objector. Then, counselor Erica told campers information about alternatives to military service. That afternoon, we visited a conservative Mennonite community who dress and live as their religion calls them to. We ate pie at a Mennonite restaurant, shopped for local produce, and visited a Mennonite milk cow farm where we bought fresh milk for making ice cream. In the evening, we walked Spirited Away and ate popcorn and smoothies for movie night. Click on any photo below to see a larger version. 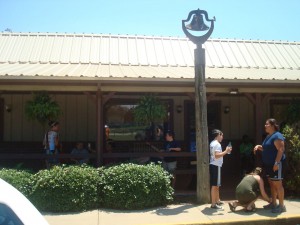 After our Skype call with a conscientious objector, campers piled in the van and drove to Montezuma, GA where a community of conservative Mennonites live. We ate desert at Yoder's Restaurant and visited the gift shop to see the types of products these Mennonite make and sell. 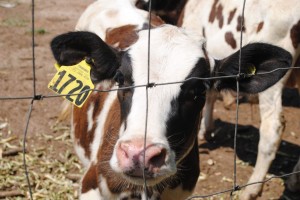 This was one of the first calves that greeted us when we visited the Mennonite dairy farm. Though the Mennonites in Montezuma don't farm differently than other Americans, they are free to practice their religion however they see fit. 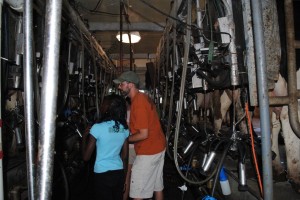 The campers (and counselors) were amazed at the process of milking the cows! 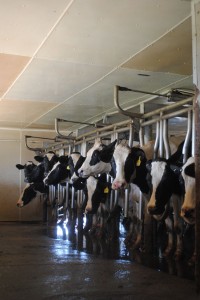 Most of our campers did not know how the milk they drink is produced. So, while learning about the freedom of religion that Mennonites enjoy in the U.S., we also learned more about where our food comes from. 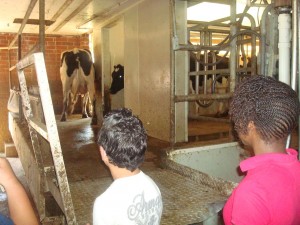 After seeing the milking process, one camper declared that she wants to be a dairy farmer when she grows up! 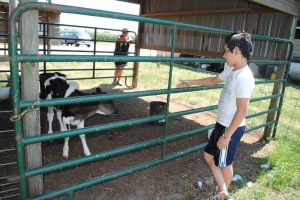 As usual, the baby animals were the biggest hit with the campers.